Duvet covers are a wonderful idea for bedding since they can add a decorative touch and can be changed for a new look in a flash.

What is a Duvet

The duvet is the insert inside a duvet cover. It is a flat pillow style bag filled with down, feathers, cotton, or synthetic fibers. Pictured below is a polyester duvet insert. 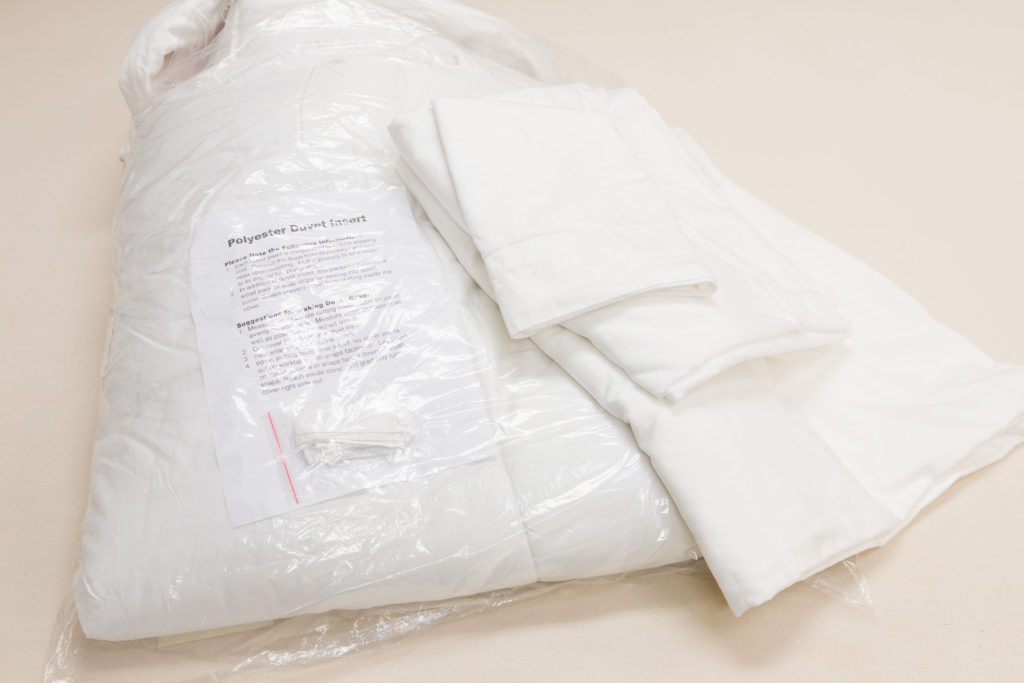 This post may contain affiliate links. This means that if you purchase from one of the these links I will make a small commission, but rest assured you will not pay more for any products.

What is a Duvet Cover

Duvet covers are the protective covering for a duvet usually constructed out of cotton, but it can also be made from a variety of fibers. The ease of changing the cover for different seasons, thus making it my top choice for bedding.  The duvet cover in the photo below I constructed out of a set of king size sheets. So easy, fast and budget friendly to DIY.

Note: At the end of this post learn how easy it is make a duvet cover from sheets . I am sharing each project as I makeover my daughter bedroom into a Romantic Boho Chic retreat. Please join me and be swept away into a Bohemian DIY romance click HERE to follow along.

I found this ready made duvet set that is a nice set at a bargain price checkout my source HERE, however, I will show you how to make one in a snap. 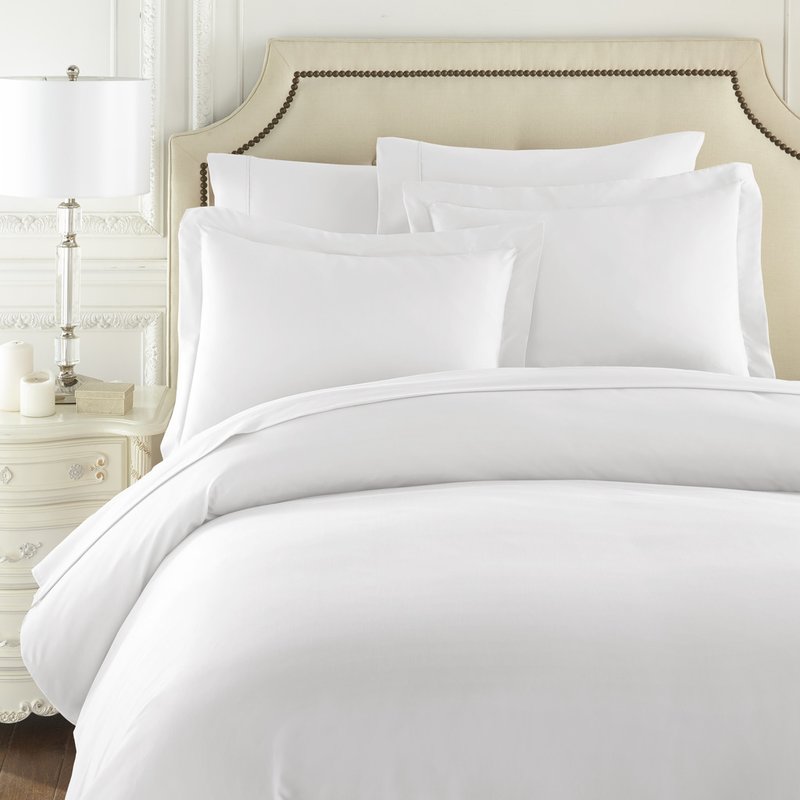 The duvet insert I use for bedding is light weight since we live in Florida, but there are many choices in weights. See my source for this one HERE. 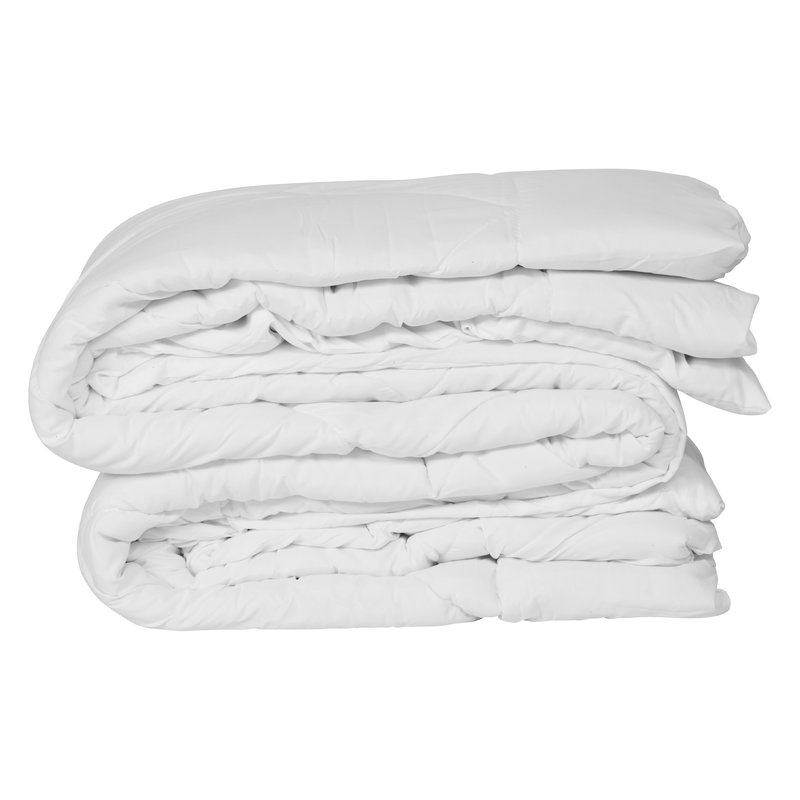 How to make Duvet Covers with sheets

You will need a set of king size sheets to make a twin duvet cover. I like to wash and dry the sheets before constructing the duvet cover, thus preventing shrinking.

After washing and drying the sheets I cut off the elastic and then I cut open the corner seams of the fitted sheet.  Iron the fitted sheet so it is easier to measure and sew.

I start every project with a written cut plan. When I teach sewing classes I encourage all my students to always have a cut plan. The cut plan is written in a spiral notebook in my workroom. Simple and inexpensive.

First thing to write down in your spiral notebook (cut plan) are the measurements of the duvet (insert).

Now decide what type of closure you would like. I love the invisible zipper as the closure, so that is what I used. I used the zipper on the roll so I could make a really long zipper. I cut the zipper 11 inches shorter than the width of the duvet.

Next, add an 1/2″ seam allowance to your measurements for all four sides. 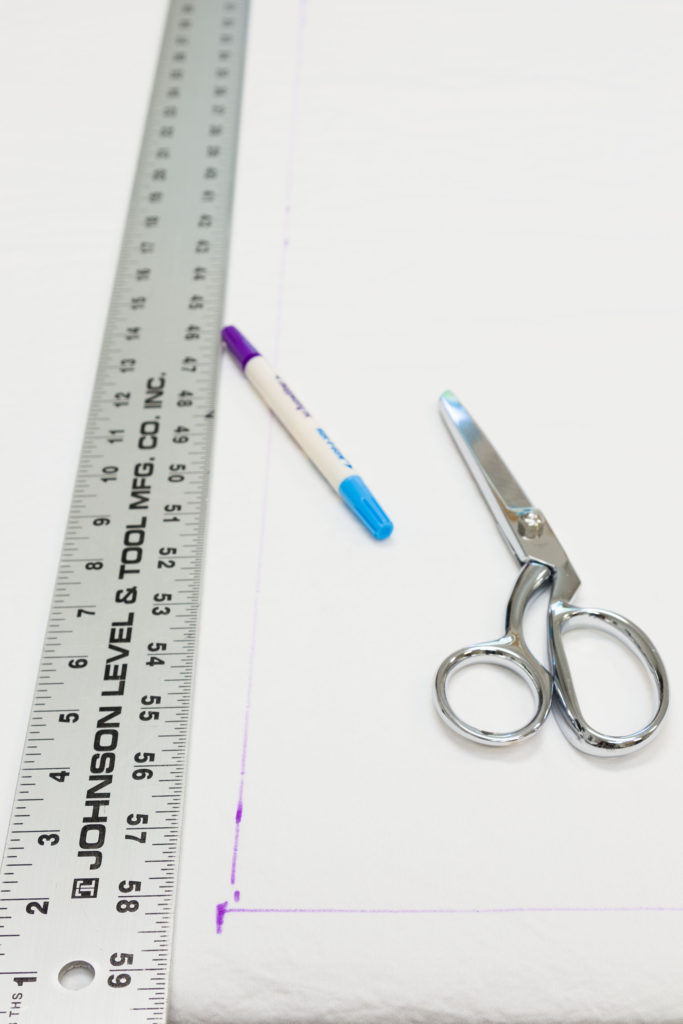 Using a water soluble fabric marker draw out your cut lines on the sheets. Note: include the seam allowances. 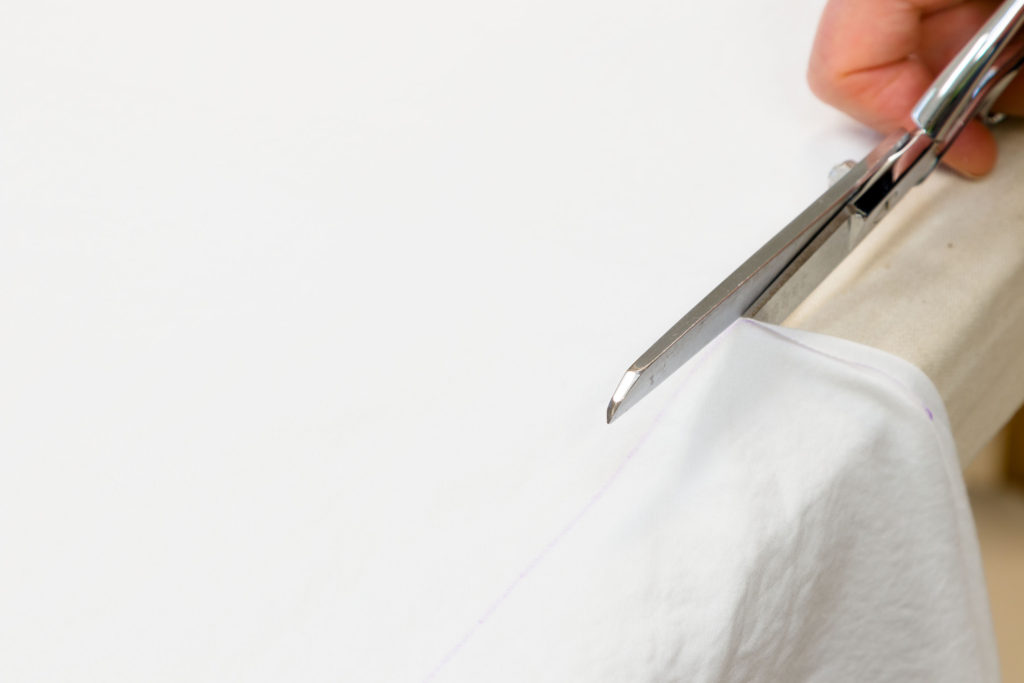 Cutting along the markings

After you have both rectangles cut out then serge all cut edges to prevent raveling. If you don’t have a serger than you can zigzag stitch the cut edges.

Cut your zipper 11 inches shorter than the top of the duvet cover. 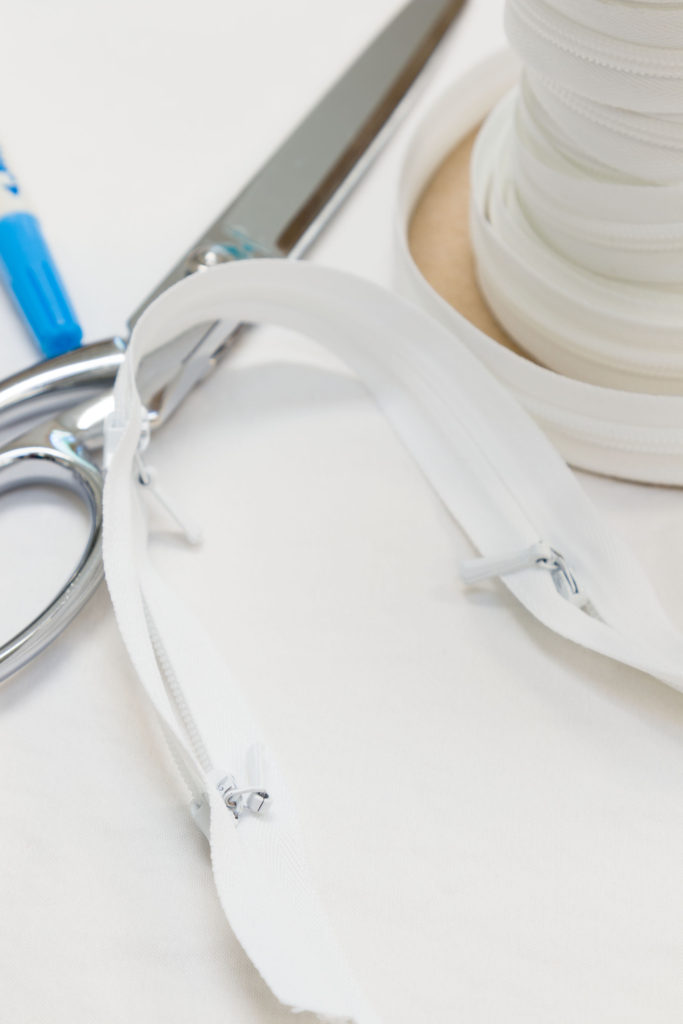 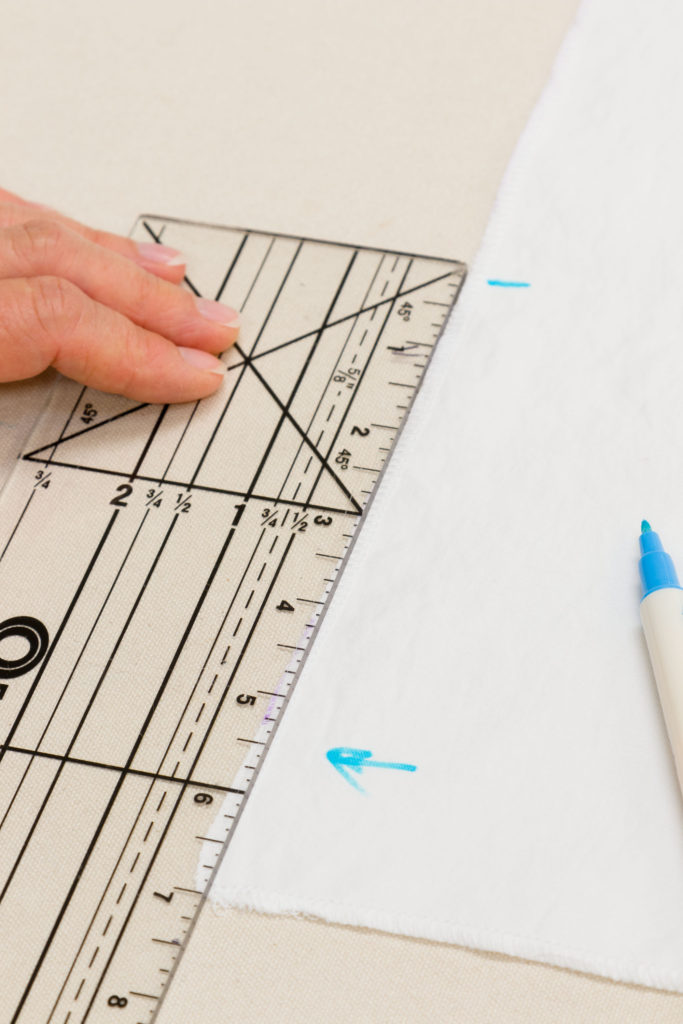 The top edge (arrow points to the top edge) is one of the shorter sides and is the area where I sew in the invisible zipper.  To show me where I needed to stop and start the zipper I marked a line  7″ from the outside edges on both sides of the top edge to sew in the zipper. 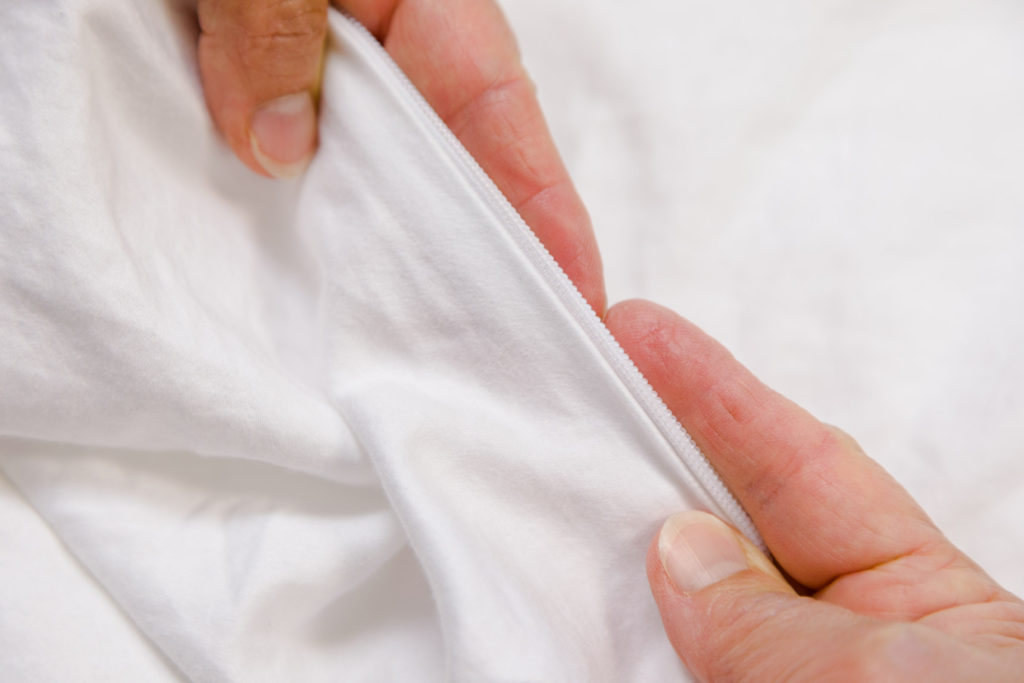 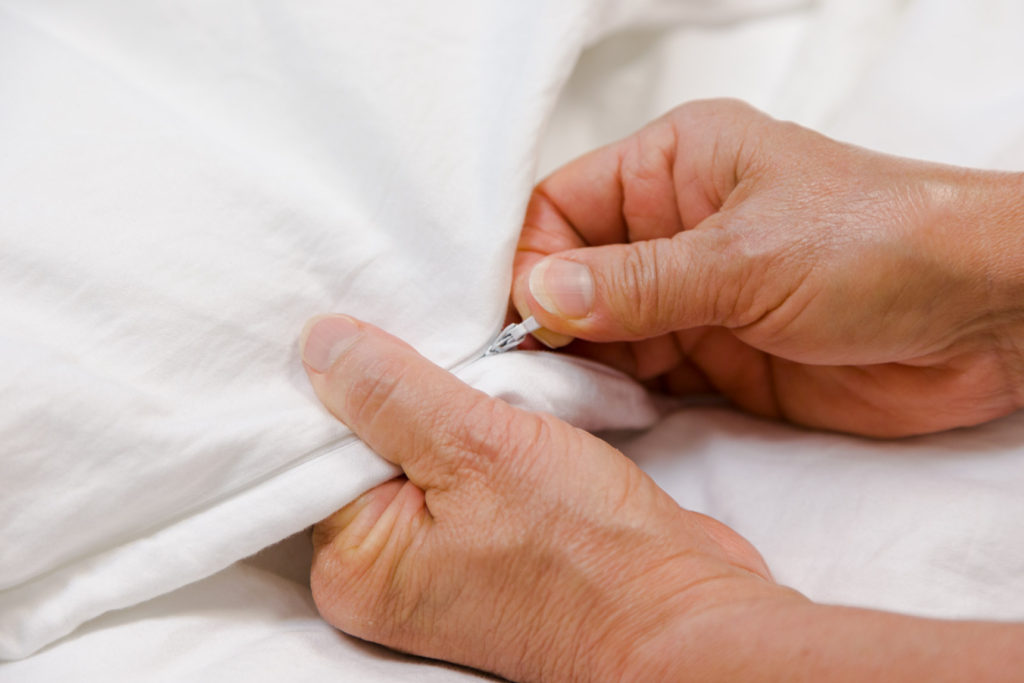 The invisible zipper is like a dream to open and close and it’s invisible so it does not detract from the duvet cover. Making it the perfect closure.

After the zipper is sewn in continue sewing the other 3 sides together with right sides facing. 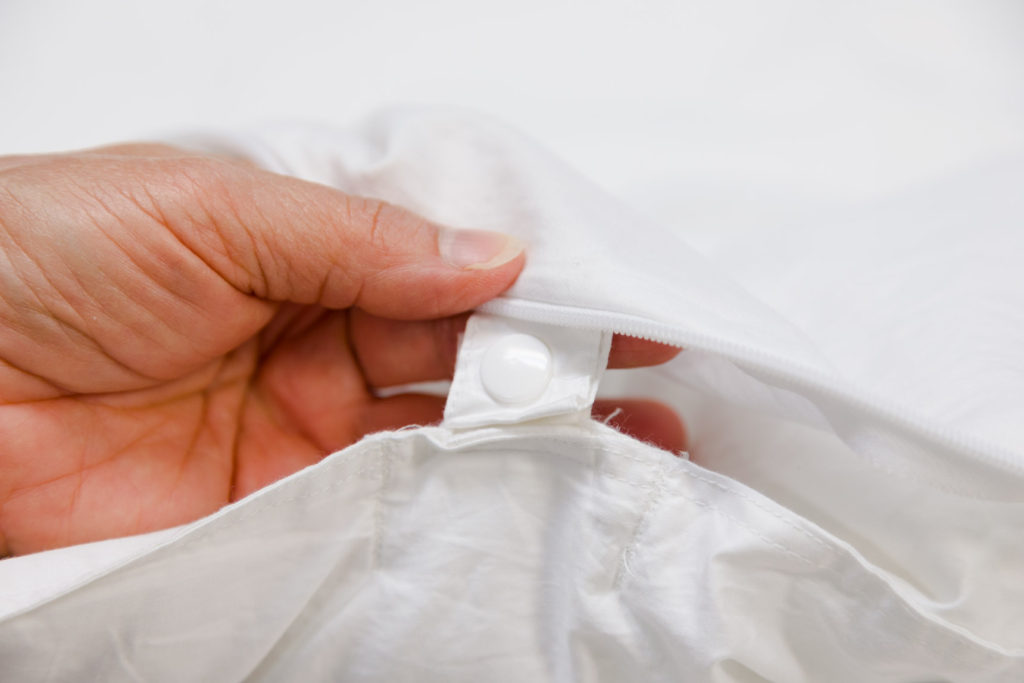 The duvet usually comes with some snap tabs already stitched on it, but what I have found is that the duvet really shifts around inside the cover. For this reason I add some ties.  I make them with bias tape and attach them to the cover and then I cut 3″ long cotton twill tape pieces and attach them on the duvet (folding under the cut edges) to tie the cover to it. This method will make a neater look and more comfortable slumber. Before turning the duvet cover with the duvet right side out snap and tie the cover t the duvet. 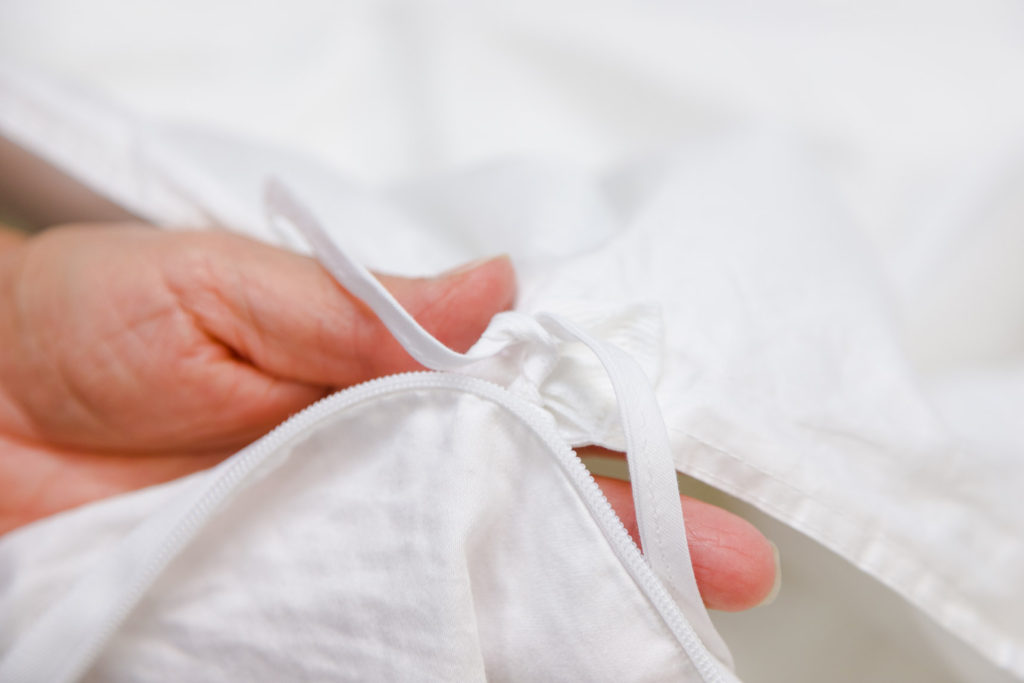 Added ties to secure the duvet

Viola! That was so sew easy. Now you have a cozy washable duvet cover.

I hope you enjoyed making duvet covers too. Also, I hope you join me as I continue to DIY on this bedroom makeover signup HERE so you don’t miss a thing,

You might enjoy learning how to make the llama pillow and Boho style pillow sham with tassels . 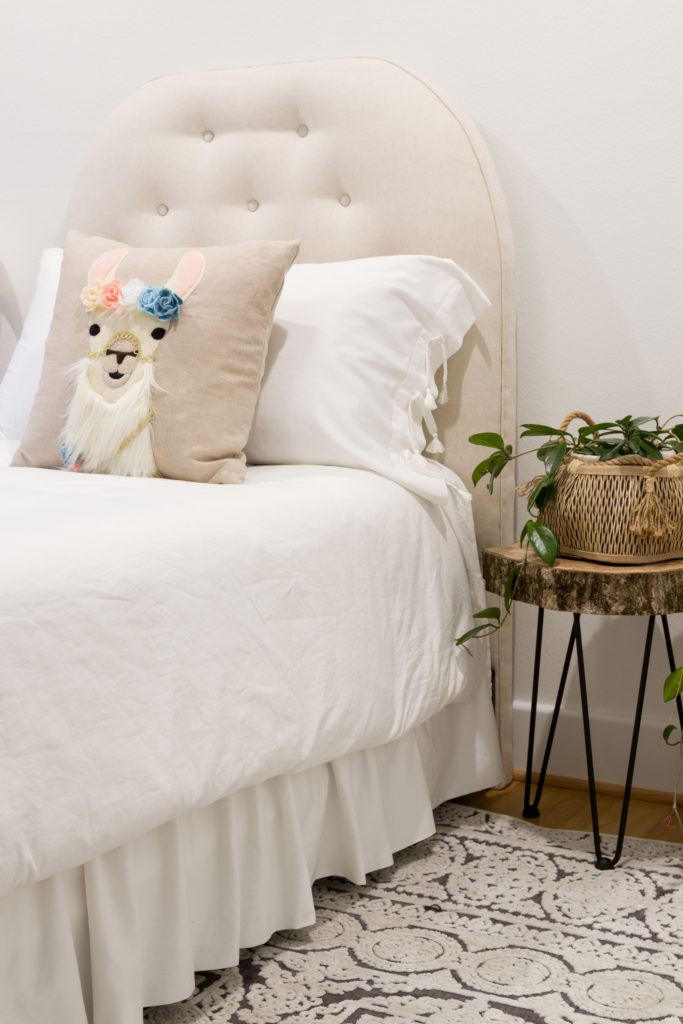 The groovy  live edge table I made from a fallen tree see how HERE! 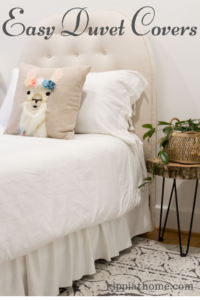 Thank you so much for visiting I love comments and I would love to hear from you in the comments below:

This site uses Akismet to reduce spam. Learn how your comment data is processed.

Thank you for subscribing! 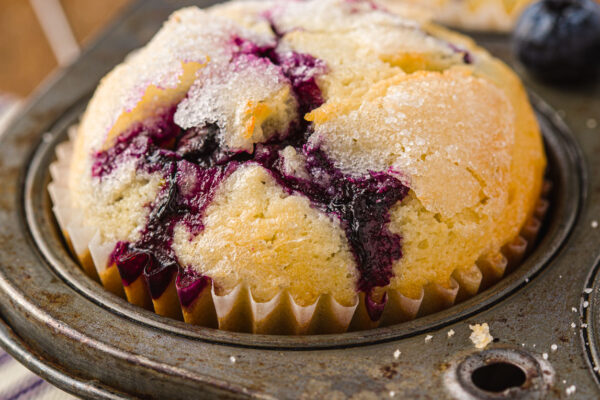 This lemon blueberry muffin recipe is light, moist, bursting with blueberries, and is … END_OF_DOCUMENT_TOKEN_TO_BE_REPLACED 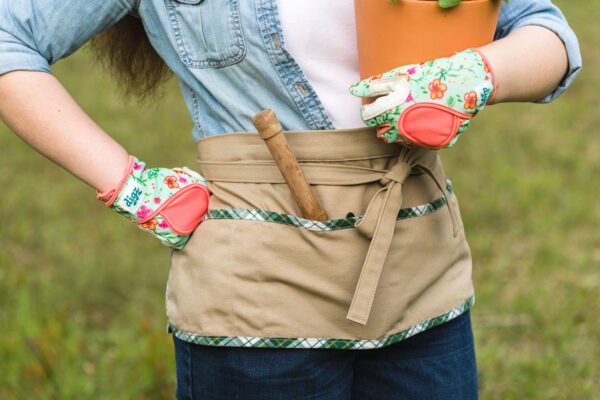 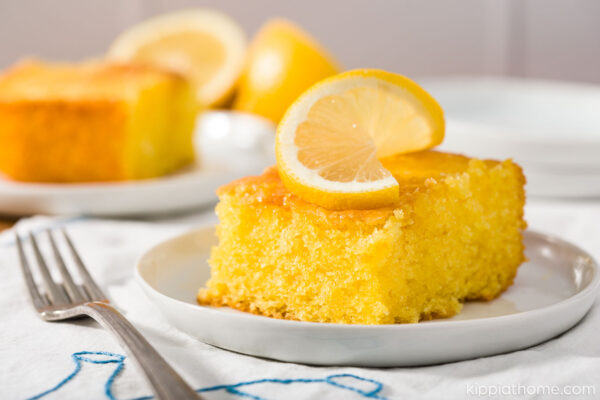 While going through our family recipes I found an old fashioned lemon cake recipe. My … END_OF_DOCUMENT_TOKEN_TO_BE_REPLACED

This error message is only visible to WordPress admins